Paroles de Believe in Me 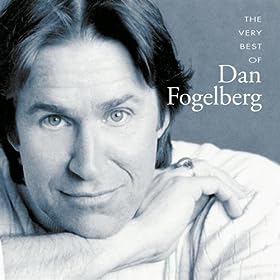 Paroles de Believe in Me

If I could ever say it right
And reach your hostage heart
Despite the doubts you harbor
then you might
Come to believe in me.

The life I lead is not the kind
That gives a woman peace of mind
I only hope someday you'll find
That you can believe in me.

Those other loves that
came before
Mean nothing to me anymore
But you can never be quite sure
And will not believe in me.

Too many hearts have been broken
Failing to trust what they feel
But trust isn't something
that's spoken
And love's never wrong
when it's real.

If I could only do one thing
Then I would try to write and sing
A song that ends your questioning
And makes you believe in me.

Too many hearts have been broken
Failing to trust what they feel
But trust isn't something
that's spoken
And love's never wrong
when it's real.


'Believe in Me' is the title of a popular song from 1984 written and recorded by the American singer-songwriter Dan Fogelberg. The song appears on Fogelberg's 1984 studio album 'Windows and Walls'.

When 'Believe in Me' was recorded in May 1983, Fogelberg handled most of the musical creation himself, playing guitar and bass as well as recording his vocals; musician Mike Hanna (who played acoustic guitar on the track) was the only other performer in the studio. Fogelberg later described the song in the liner notes to a retrospective album: 'One of my best love songs. Written at my old house in Nederland, Colorado, while building the ranch. Obviously, all was not well.' Released as the second single from 'Windows and Walls', 'Believe in Me' missed the Top 40 of the 'Billboard' Hot 100 chart, where it peaked at #48. However, on the 'Billboard' adult contemporary chart, where Fogelberg had enjoyed more consistent success, the song became his fourth #1 hit, following his earlier singles 'Longer', 'Leader of the Band', and 'Make Love Stay'.